Good Friends Japan学生サイト
There is an interesting story in the First Nations tradition in North America.An American Indian tells about a brave who found an eagle’s egg and put it into the nest of a prairie chicken. The eaglet hatched with the brood of chicks and grew up with them.
All its life, the changeling eagle, thinking it was a prairie chicken, did what the prairie chickens did. It scratched in the dirt for seeds and insects to eat. It clucked and cackled. And it flew in a brief thrashing of wings and flurry of feathers no more than a few feet off the ground. After all, that’s how prairie chickens were supposed to fly.
Years passed. And the changeling eagle grew very old. One day, itsaw a magnificent bird far above in the cloudless sky. Hanging with graceful majesty on the powerful wind currents, it soared with scarcely a beat of its strong golden wings.
“What a beautiful bird!” said the changeling eagle to its neighbour. “What is it?”
“That’s an eagle – the chief of the birds,” the neighbour clucked. “But don’t give it a second thought. You could never be like him.”
So the changeling eagle never gave it a second thought and it died thinking it was a prairie chicken.

It’s not other people who decide who you are. Don’t ever lose your sense of identity because of what they think or say.If you fear judgements by others, your life gets controlled by their thoughts and words. The life that you can have just once – that will be manipulated by them.Break the chain. Don’t lose your true identity. Just take a deep breath and be the best of you.Remember:They can never decide who you are. Never let them manipulate you. 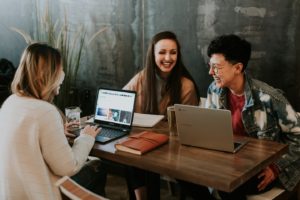